The Dangers of Aspartame

(NaturalNews)  The laws governing the sale of drugs and food additives require substances be safe for human consumption. The artificial sweetener aspartame primarily consumed in beverages and as a popular sugar substitute has consistently been found to cause tumors and brain seizures in animal subjects. In 2005, a European Cancer Research Center, theRamazzini Foundation, called for an urgent re-examination of aspartame in food and beverages to protect children.

As early as 1960 aspartame was determined to be a dangerous chemical and the emerging research years later only served to affirm the true nature of this artificial sweetener. Over the years, aspartame has been found to create holes in brain tissue, adversely affect the brain and nerve development in the fetus, cause cancer, migraines, headaches, seizures, convulsions and even retinal damage. With this amount of negative findings, aspartame should have been removed from the market years ago!

Ironically, aspartame was indeed removed from the market after it was already approved for limited use based on tests selected by Searle, the company who originally produced the artificial sweetener. This was after Dr. John Olney, a research psychiatrist fromWashington School of Medicine, revealed that consumption of aspartic acid, a major ingredient in aspartame, produced holes in the brains of animal subjects.  So why would this toxic chemical be released to the public?

After more than 8,000 complaints on Nutrasweet side effects, a list of symptoms attributed to aspartame from complaints submitted to the FDA was made public. This list included among others: hallucinations, diarrhea, seizures, depression, migraine, fatigue and insomnia. Aspartame has also been linked to tumors, cancer and infertility.Aspartame was never tested on humans before its approval.  Proven unsafe for public consumption, it's presently found in 6,000 products and consumed by more than 250 million people, with Americans consuming around half of the world supply.  Soon the FDA will have to address this toxic substance but until then, we have to be smart consumers and stop buying products that contain aspartame and stop using it in coffee, tea, ect.  Remember, if your buying it, your voting for it!
Try to avoid artificial sweeteners at all costs!  Stay away from products labelled "diet" yes that includes diet cokes!  Stay away from anything labelled "sugar free" because these usually contain highly toxic aspartame.  Aspartame is also proven to cause weight gain because the body will store toxic chemicals such as aspartame in the fatty tissue becuase it's so toxic, it cannot process it out as waste.  Use safe zero calorie alternatives like Stevia or use raw sugar or honey rather then toxic zero calorie sweeteners.
To learn more, please visit Natural News.

Popular posts from this blog

How To Naturally Highlight Hair

Ever wanted to add natural highlights without the damage and expensive trips to the salon?  Here are some natural ways to add highlights using 100% natural ingredients that will add beautiful tones, highlights and lowlights to your hair color without causing any damage or unwanted brassiness what so ever.  Keep in mind, whenever you use natural herbs to color you hair, it may take several applications for noticeable results. Blondes Lemon Juice and Tea Ingredients: 1 cup lemon juice 3 cups Organic Chamomile Tea  (brewed & cooled) Directions: Mix ingredients, pour over damp hair then let sit for an hour while you sit in the sun, wash out. Follow with a good conditioner. Do this a few times a week to notice the highlights. Lemon Juice and Water Ingredients: 1 cup lemon juice 1 cup water 1-2 tbsp. Olive oil Spray bottle Directions: Mix the water, lemon juice and olive oil together in a spray bottle.  Shake until ingredients are completely blended.  Spray the hair
3 comments
Read more

One of my favorite skincare brands, NUXE Paris has released a new natural origin facial skin care line!  If you haven't heard of NUXE, their a high end french skincare line that was created in 1957 by a  research pharmacist who created the line  based on natural botanicals and essential oils.  After 10 years of research on anti-oxidiation, NUXE has developed an exclusive line for all women of all ages which targets oxidative stress, the main factor responsible for aging. New products in their new natural origin face line include  Crème Prodigieuse Anti-Fatigue Moisuturizing Cream , Prodigieux Eye Contour , Creme Prodigieuse Enrichie for dry skin as well as a Creme Prodigieuse Night Renew  .  You can feel good about using NUXE Paris skincare because they contain no mineral oil, no animal ingredients, no chemical agents and they conduct regular testing registered by the French Ministry of Research.  NUXE sent me some of the new natural origin skincare to try out and here is my re
3 comments
Read more

French women are known for their natural beauty and simple beauty routines.  Less is more when it comes to the french and their beauty phiosophy is about being beautiful and sexy, naturally!  French women believe that makeup was designed to enhance a woman’s face, not cover it up. To stay beautiful, french women eat a balanced diet that includes lots of organic fresh fruit and vegetables from the market, which they walk to several times per week.  They also drink 6-8 glasses daily.  Remember, the best way to get a healthy glow is from within!  Here is what the french do to look and stay beautiful! Sk incare French women are renowned for their simple skincare regimes and believe that skin care is more of a necessity than cosmetics.  They make sure to exfoliate  their skin and are also loyal users of anti-aging creams .  There’s a certain philosophy that French women have.  Skincare lasts a lifetime, while make-up lasts just a few hours. When it comes to tanning, French women opt
6 comments
Read more 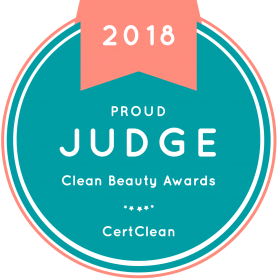